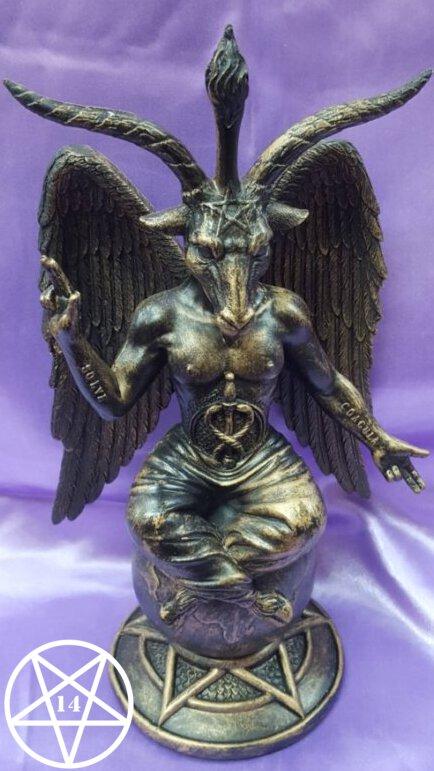 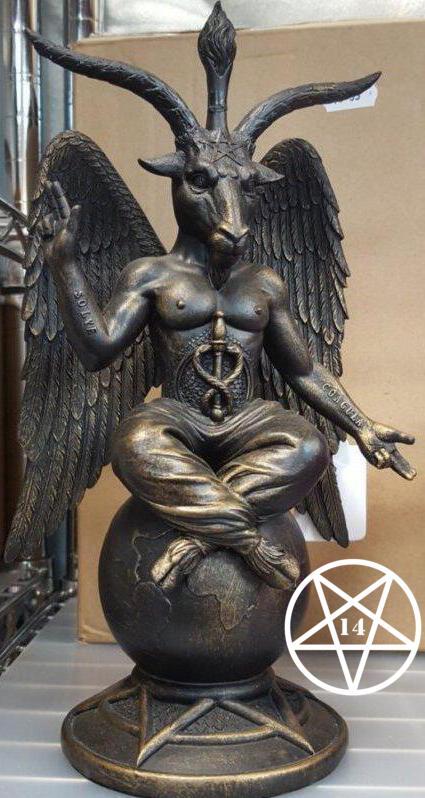 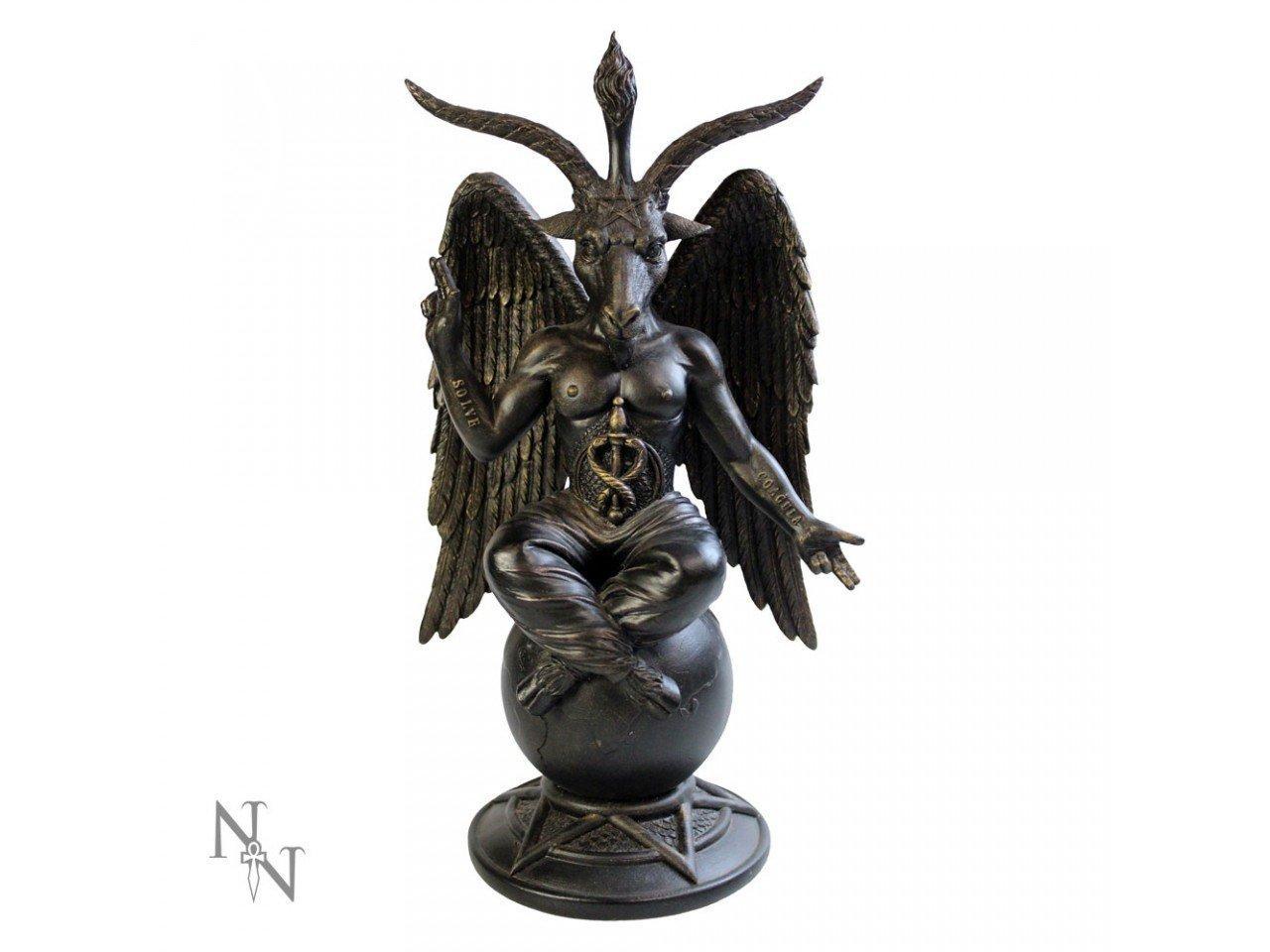 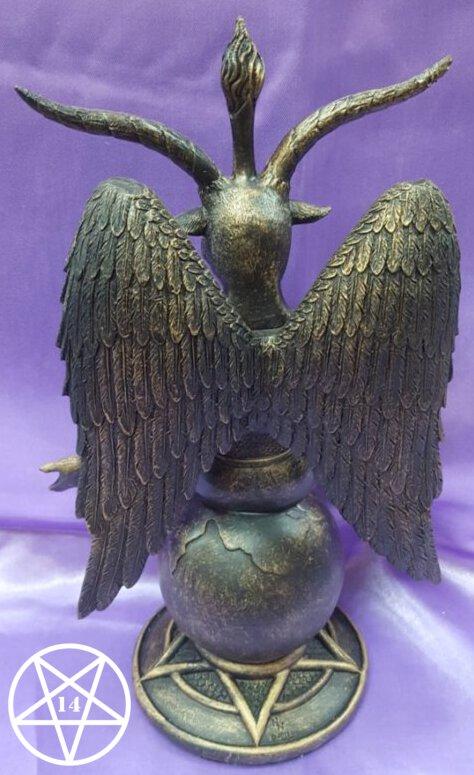 The image of Baphomet signifies the sum total of the universe.

Designed by the famous occultist "Eliphas Levi", Baphomet is both male and female.

The image represents the union of opposites. In other words, there is no good without so-called evil, there is no light without The Dark!

Baphomet sits on top of the depiction of The Earth, which to some signifies the Biblical line from the New Testament which talks of "The god of this World".

The words "Solve" and "Coagula" are embossed on His arms, which is Latin for Divide and Unify.

One arm of Baphomet faces up, the other down, which translates to the slogan of "As Above, So Below".

Baphomet has long been a symbol of free thinking heresy and forbidden knowledge.