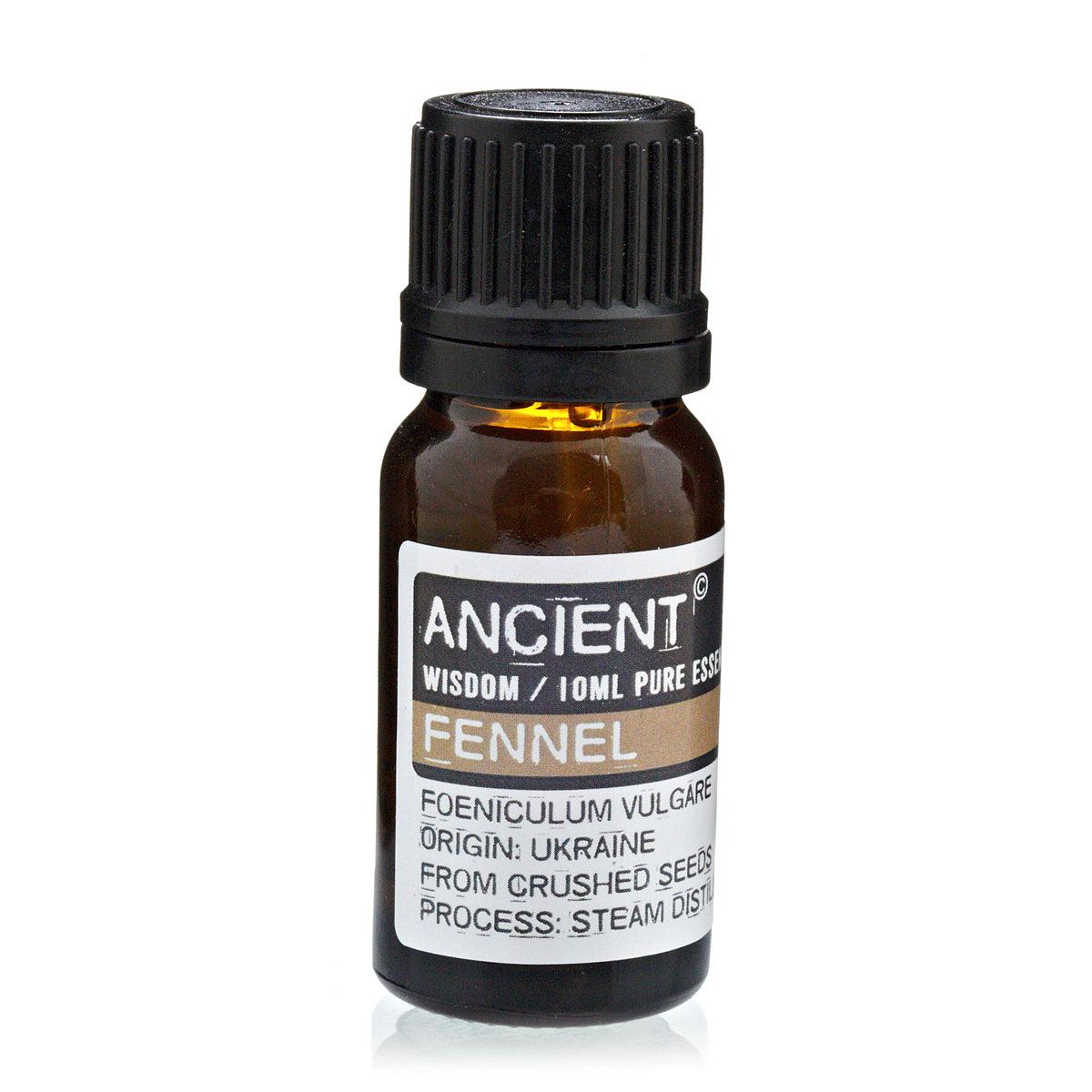 Fennel Essential Oil is extracted from the plant Foeniculum vulgare var. dulce, which is sweet fennel, also known as Roman fennel. It is extracted from the crushed seeds by steam distillation. The oil, like the seeds, is good for digestion as well as a host of other ailments. It is used in aromatherapy to treat oily skin, wrinkles, and obesity. It is said to boost courage, resolve, and strength.

This oil is a popular remedy for digestive problems like flatulence, constipation, colic, nausea, vomiting, anorexia, and dyspepsia. It also helps in weight loss as it is said to promote the feeling of a full stomach. Its diuretic effect is believed to help disperse cellulite. Fennel oil is supposed to tone the spleen and liver. It has a cleansing and toning effect on the skin, and helps with bruises. Please note, this oil should not be used in large doses, and should avoided altogether in pregnancy, lactation, and those suffering from breast cancer, and epilepsy.

The word Fennel is derived from the Latin 'foenum,' meaning 'hay'. In medieval times, it was known as 'Fenkle'. It was a popular herb used by the ancient Chinese, Egyptians, and Romans, who believed that fennel helped give longer life, and improved a person's courage and strength. It was also believed to keep away evil spirits. It is said that fennel was used to strengthen eyesight, to cure snakebites, and ease colic. In India, plain, roasted or mint-coated fennel seeds, called 'saunf' are often served after meals to help digestion.