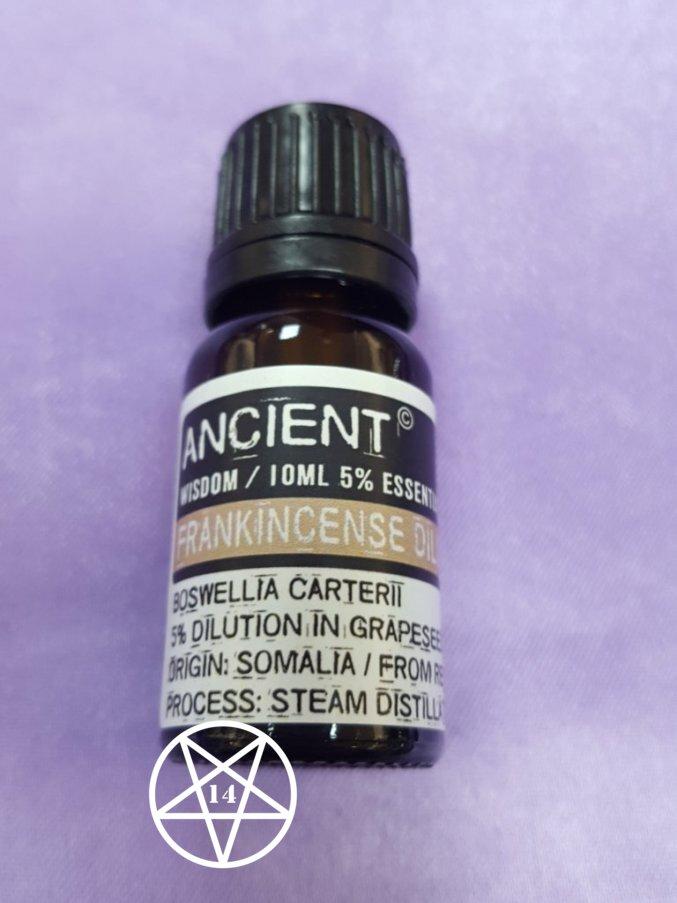 Frankincense Essential Oil is steam distilled from the resin of the Boswellia carterii tree, of the Burseraceae family, and is also known as Olibanum. The word is derived from the French franc meaning luxuriant, and was, along with myrrh, the first gum to be used as incense. The tree is indigenous to the Middle East, and is said to exist in natural bonsai formation in that parched land. Frankincense is said to symbolize divinity.

This oil is the most popular in aromatherapy for its calming properties. It is said to help heal wounds and prevent scars. It is used to tone the face, remove wrinkles, and avoid stretch marks in cosmetic products. Frankincense essential oil has been used to ease anxiety, stress, asthma, bronchitis, laryngitis, and bad coughs. It is a general tonic to the uterus, has a calming effect during labour, and helps ease heavy menstruation. It is most useful during meditation. Avoid during pregnancy.

Ancient Egyptians burned frankincense as holy incense and used it as a face mask. They ground the burnt resin into a powder called kohl, used to highlight the eyes. Kohl-lined eyes are commonly seen in Egyptian art. The earliest record of frankincense use was found in a tomb inscription of the 15th century BC Egyptian queen Hatshepsut. It was used to fumigate the sick, to banish evil spirits.