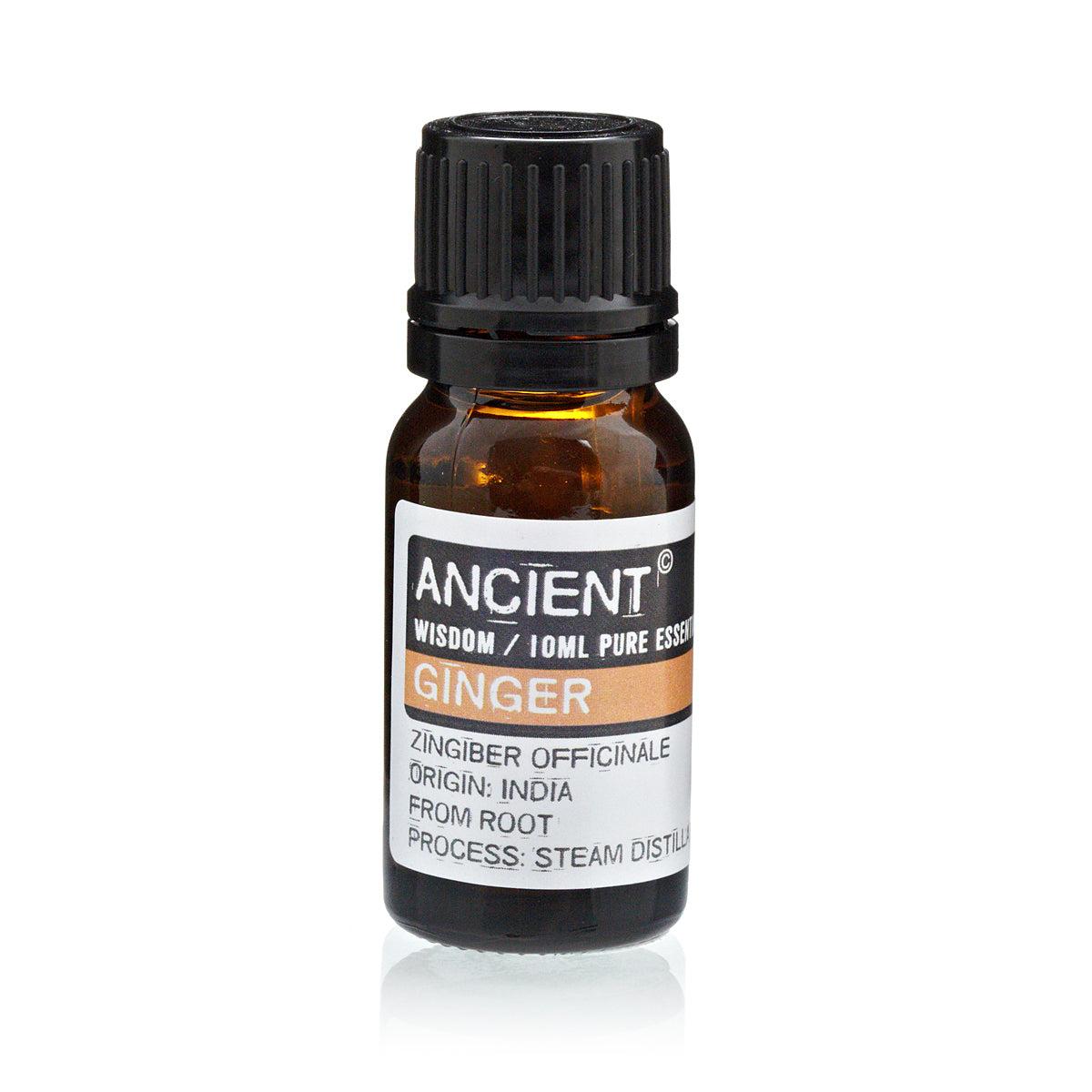 Ginger Essential Oil is extracted from the Zingiberaceae
officinale plant, also known as Common or Jamaica Ginger. The name ginger is derived from the place called Gingi in the state of Tamil Nadu, India, and the Tamil word for ginger, inji-ver. The oil is extracted by steam distillation from the unpeeled or dried, ground-up root of the plant. It is a warming oil and is particularly good for digestion and fighting nausea and vomiting.

Ginger oil has many therapeutic properties. It is used in the treatment of fractures, soothing the pain of rheumatism, arthritis, and carbuncles. It helps with hangovers, motion sickness, colds, flu, coughs, sinusitis, sore throat, skin sores, diarrhoea, colic, cramps, chills and fever. Used in a vaporiser, this oil fights loneliness and depression, and its energizing properties make it a good aphrodisiac. Put a drop of oil on a handkerchief and inhale to control nausea, motion sickness, and colds.

Ginger has its origins in India, China, and Java, but is also native to Africa and West Indies. Sanskrit and Chinese texts mention the use of ginger as medicine. It is also mentioned in ancient Greek, Roman, and Arabian literature. Dried ginger is used for stomach aches, diarrhoea, throat problems, and nausea. The Chinese also use it to boost the heart and to reduce mucus and phlegm.